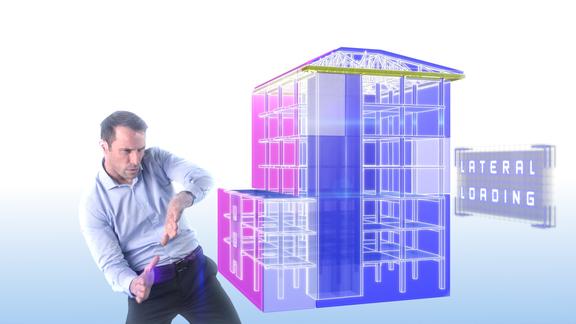 Engineering firms of all sizes are winning more business, working more efficiently and maximizing profits with design and analysis software that offers the true, proven ability to work seamlessly with other tools.

In an industry that increasingly relies on Building Information Modeling (BIM) to conceptualize, plan, detail, create and guide the building of structures, forward-thinking engineers are looking for ways to bring the same efficiency, accuracy and collaboration benefits of 3D modeling to their analysis and design work.

Collaborate and Save Time with Seamless BIM Integration

For most engineers, working with a number of different analysis and design tools for a single project is the standard, but is proving more and more difficult. An engineer may use as many as five analysis and design tools on a single project. One tool is used to create a model for steel frame design, another for concrete slab design and the list goes on. After the various models are created, they are usually combined into a new BIM model, from scratch – wasting time and increasing the potential for errors.

Adding to the problem has been the lack of interoperability between software programs, many of which claim to easily integrate with others but in reality, fall short. This inability to easily move a model from analysis and design tools to a BIM software program and share it with other stakeholders throughout the design process, often diminishes the benefits of using a 3D model in the first place.

Dan Kilbert PE, LEED AP and Director of Health Care Services at structural engineering firm GRAEF, tried several different analysis and design software tools, all of which promised to integrate seamlessly with various brands of BIM software, but none of which delivered.

“We were using multiple analysis and design tools, but couldn’t successfully pass the model from those tools to BIM software being used by architects,” said Kilbert. “On several projects, we tried to pass an analytical model to our BIM software, but it was very fickle and if we were to pass it back to make adjustments, the link between the two programs would always break. It was hard to get that working, so we would end up doing things the old way of hand sketching or handing it to a technician to have them draft or model it.”

“Interoperability is critical and is a big part of the overall time savings in analysis and design,” said Funk. “Tekla Structural Designer delivers on this promise.”

Tekla Structural Designer was developed specifically to help design engineers maximize collaboration with other project parties, including technicians, fabricators and architects. Its unique functionality allows engineers to integrate the physical design model seamlessly with Tekla Structures and other leading BIM software, and to round-trip without compromising vital design data.

“Other tools have tried to master BIM integration the way that Tekla Structural Designer does, but they’ve failed,” said Kilbert. “The interoperability and collaboration it enables is bulletproof and has been a huge time saver.”

Structural Engineer and Principal, Adam O’Kane of Leigh & O’Kane evaluated every analysis and design software on the market, looking for one that could provide the interoperability his firm needed.

“We went through every player in the software industry in search of the one that would integrate well with our BIM software,” said O’Kane. “Tekla Structural Designer is the best on the market.”

Work in One Product, One Interface, One Model

From scheme to detailed design, one single model can contain all structural analysis and design requirements. Working in Tekla Structural Designer, engineers don’t have to waste time switching between multiple software packages.

“We can design steel and concrete in one software program and don’t have to create multiple models, jump between software programs or design and analyze by hand,” said O’Kane. “Consolidating all of those things, along with the fact that Tekla Structural Designer truly integrates with our BIM software has been incredibly valuable and saved use a great deal of time,” said O’Kane.

Working in one program has changed the workflow for Leigh & O’Kane engineers.

“I like that everything is all in one piece and I don’t need to buy a version to design floor framing and another to do lateral analysis. I also don’t have to bounce back and forth between software programs to get a complete building design,” said O’Kane. “Before, we had to mark things, such as beam reactions or beam sizes, up on our plans by hand. Now, those automatically come through on the Tekla Structural Designer model. That automatic transfer of information saves us a tremendous amount of time and reduces errors.”

O’Kane found that in addition to the efficiency gains of working in one model, the features and capabilities of Tekla Structural Designer made model creation much easier.

“The way we are able to create a new model in Tekla Structural Designer is far superior to anything else on the market. I’ve used other software programs where it was so cumbersome that I would BIM software to create the model, send it to the analysis and design software and then send it back to the BIM software,” said O’Kane. “I no longer have to endure that complex process because I actually enjoy building models from scratch in Tekla Structural Designer.”

O’Kane also found it was easy to get up and running.

“When I start a project, I want to quickly and intuitively model. Most other analysis and design software programs on the fall short and are not intuitive in the least. You have to use the software for many years before you become proficient,” said O’Kane. “This is where Tekla Structural Designer shines. There is no learning curve.”

Effective change management is critical for staying on task and budget, especially on complex projects. For Leigh & O’Kane, the ability to quickly make changes to only one model yielded significant time savings.

“Our first project with Tekla Structural Designer was an irregularly shaped building and required highly complex framing. We were able to model around those irregularities and manage changes without error, which in a complex structure like this, could have had a dramatic ripple effect if a mistake was made modeling across different tools or making changes by hand,” said O’Kane.

Changes in Tekla Structural Designer can be easily managed for reduced response time at any stage of a project, and applied across the entire model to instantly assess impact and automatically get a re-design in seconds.

“We like that it gives us the opportunity to make changes very quickly. Having a 3D model really helps improve the speed at which we can react to changes and practice value engineering,” said Funk.

“It was a leap of faith but our pilot was a hospital – a pretty big project for trying a new software program. We had a lot of confidence in Tekla Structural Designer and what it could do and it didn’t disappoint,” said Kilbert. “In terms of efficiency alone, we’ve seen about a 5 percent savings in time, which may not sound like a lot but it significant considering the margins that engineering offices run at these days.”

Because Tekla Structural Designer is full automated, engineers can easily create and compare a range of design schemes and determine the most cost effective material or solution for projects. This allows Leigh & O’Kane to bid projects more effectively, with minimal effort.

“It’s really easy to do a quick comparison of materials for a structure and present that back to the architect, along with the pros and cons of each,” said O’Kane. “With Tekla Structural Designer, we can create one model in steel and one in concrete to see which is more economical. It’s extremely valuable to do this on the front end of a job, with little effort and without having to spend a lot of time creating the models. It’s definitely a competitive advantage that the architects and owners appreciate.”

“Tekla Structural Designer delivers on everything it claims and is as a high-end design program, with no limitations on size or complexity,” said Funk. “It’s been very powerful and has all the capabilities we need to work faster and smarter.”

From seamless BIM integration to a quick comparison of design schemes and cost effective change management, Tekla Structural Designer has the all the features engineering businesses need to win more work, increase efficiently and maximize profits.

Tekla Structural Designer Delivers for GRAEF, Where Others Fall Short 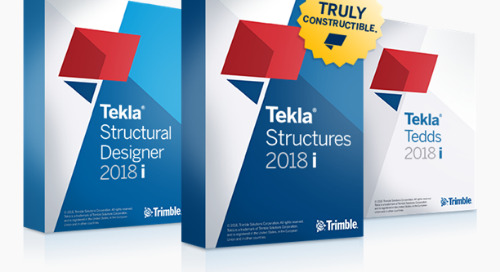 Looking to streamline the entire analysis and design process, Al Khalaf turned to Trimble and discovered that Tekla Structural Designer and Tekla Tedds could ease many of the firm’s challenges.

Our engineers are working more efficiently because they don’t need to switch between multiple software packages for concrete and steel design.

Tekla Structural Designer Delivers for GRAEF, Where Others Fall Short 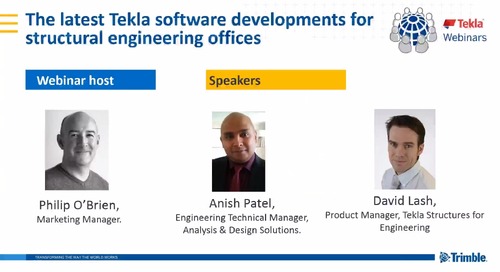 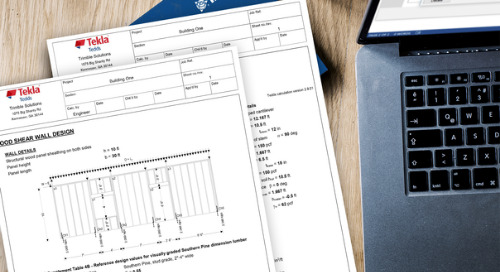 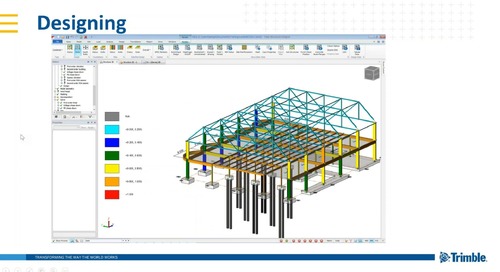 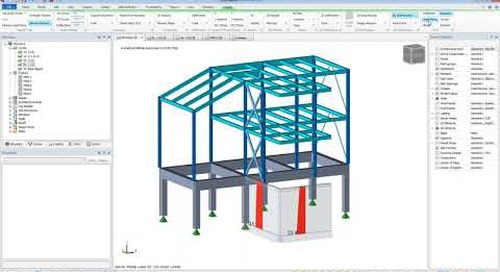 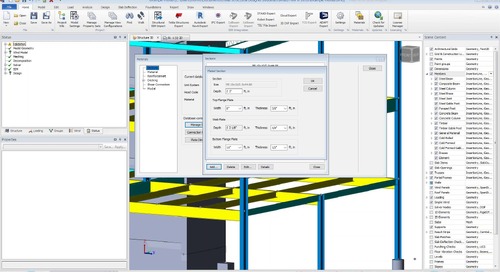 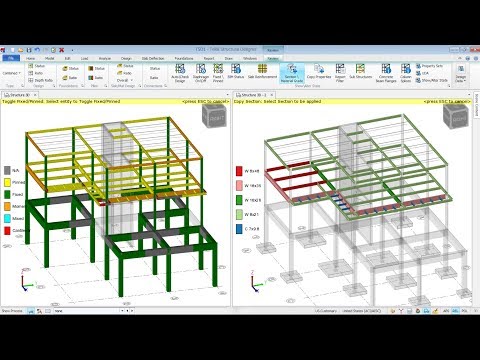 Are you wasting time making sense of endless tables and charts in order to review your 3D design models? Old engineering software can only communicate through lists and tables; just finding what resu 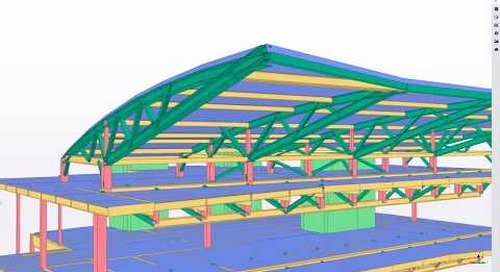 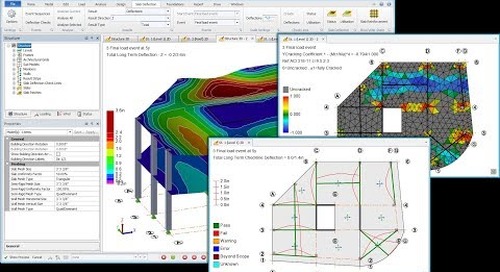 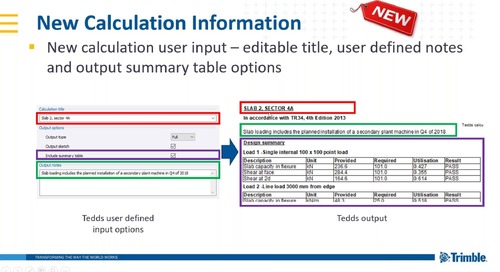 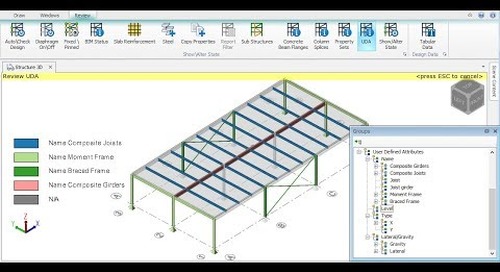 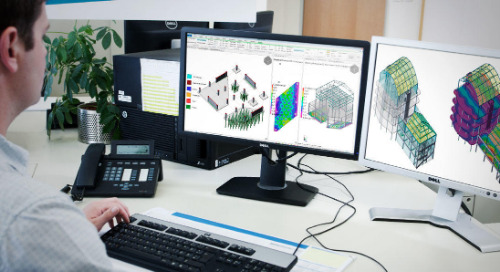 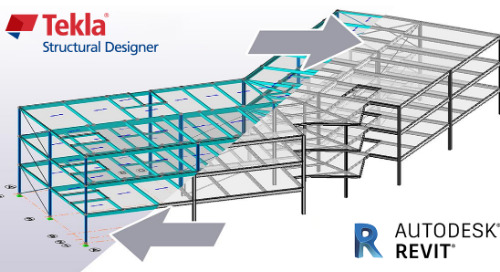 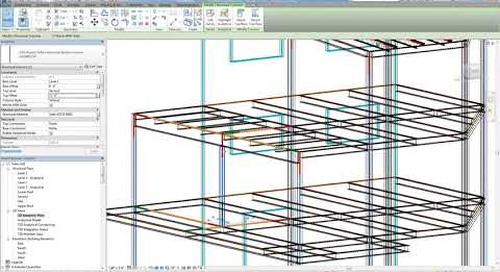 Tekla Structural Designer has the best integration on the market with Autodesk Revit. 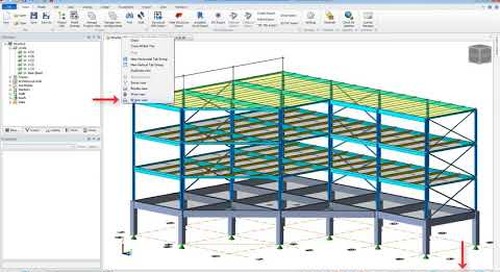 Did you know you can complete control over what members are transferred during integration with Tekla Structural Designer and other BIM programs? 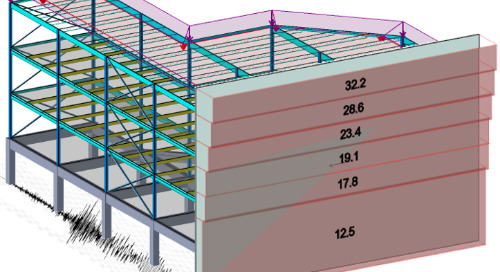 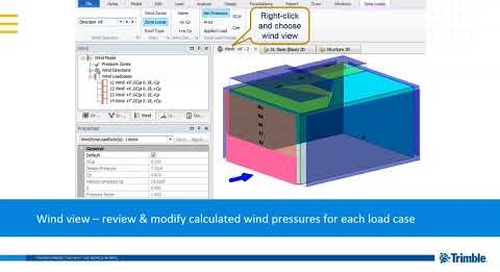 Calculating building loading can be tedious and time-consuming. Tekla Structural Designer will automate the process.